“So come with me, where dreams are born, and time is never planned. Just think of happy things, and your heart will fly on wings, forever, in Never Never Land!”

Fun fact!! Even before my son was born, I knew his first birthday was going to be Peter Pan themed (I know, I know…crazy party lady coming thru!). The funny thing is, even though I was set on this, I’d never actually seen Peter Pan in its entirety!! 😬 So when I set out to make my own little Neverland, I had to refresh my memory on all things Pan!

Oddly enough, the one thing I did remember and knew I wanted to incorporate was when the kids were leaving Wendy’s room and flying past the clock tower. I didn’t necessarily want this to be apart of the cake table, since I consider that the central feature of the party, but I definitely knew it needed to be somewhere! Hence, the give-away table was born: 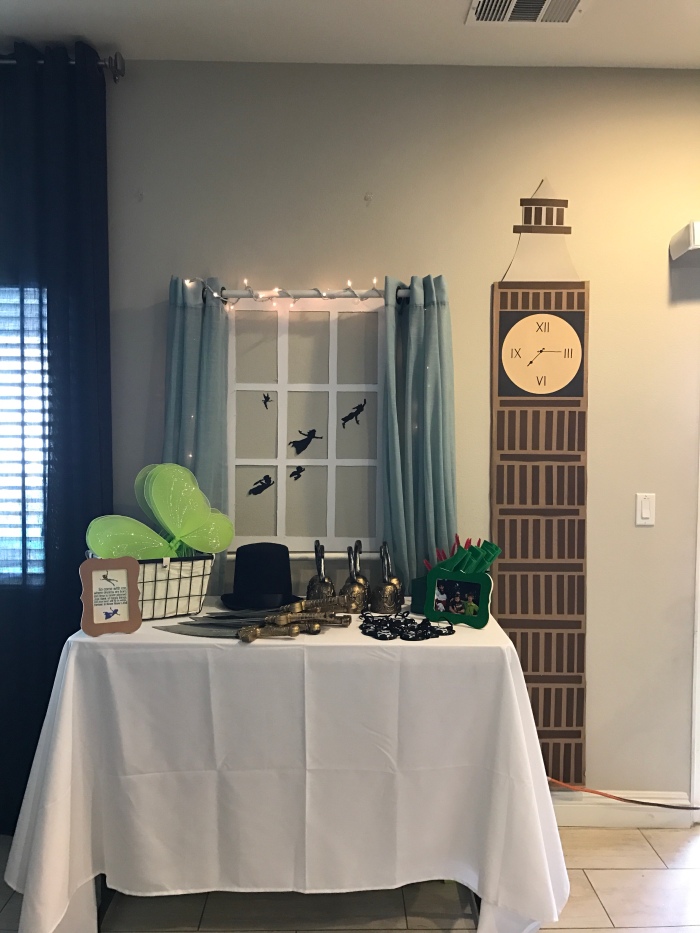 Little (and Big) guests of the party were able to walk away with wings (a la Tinkerbell), hooks and eye patches (a la Captain Hook), swords (a la The Lost Boys) and hats made to resemble Peter Pan himself! Kiddos also left the party with some fun goodies in a bag, of course decorated in theme!

Probably my most favorite part of the party was the dessert table, mostly because I’m a sucker for maps! I inherited this black chalkboard months prior and never really had a genuine use for it until now. A few quick strokes with some chalk, and we had ourselves a Neverland map! (Also I’m totally lying about the “quick” part!)

I don’t normally focus too much attention on the food table but this theme gave us so much inspiration that it was hard not too!! We decided to incorporate Captain Hook’s ship into the design and strategically arranged dinner to look like the crocodile that took his hand! Add a DIY sail and treasure chest and you’ve got yourself a ship. We also arranged the napkins to look like Peter Pan’s hat. It’s the little things that count right? Lol. 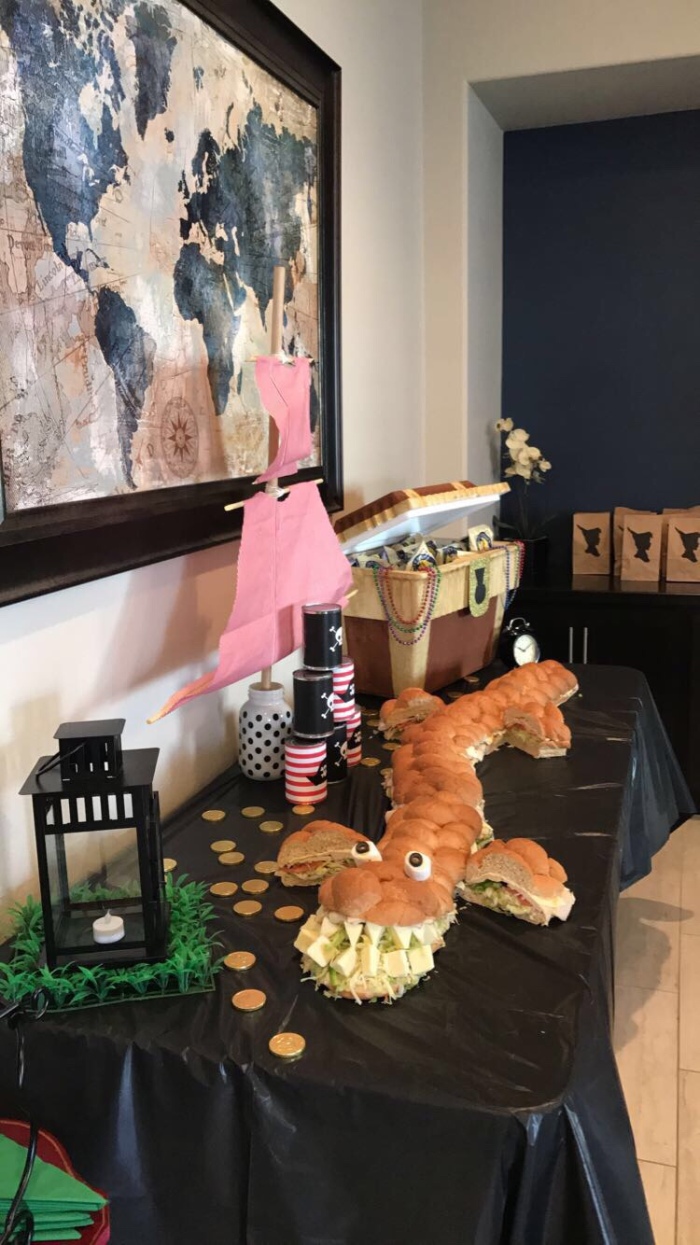 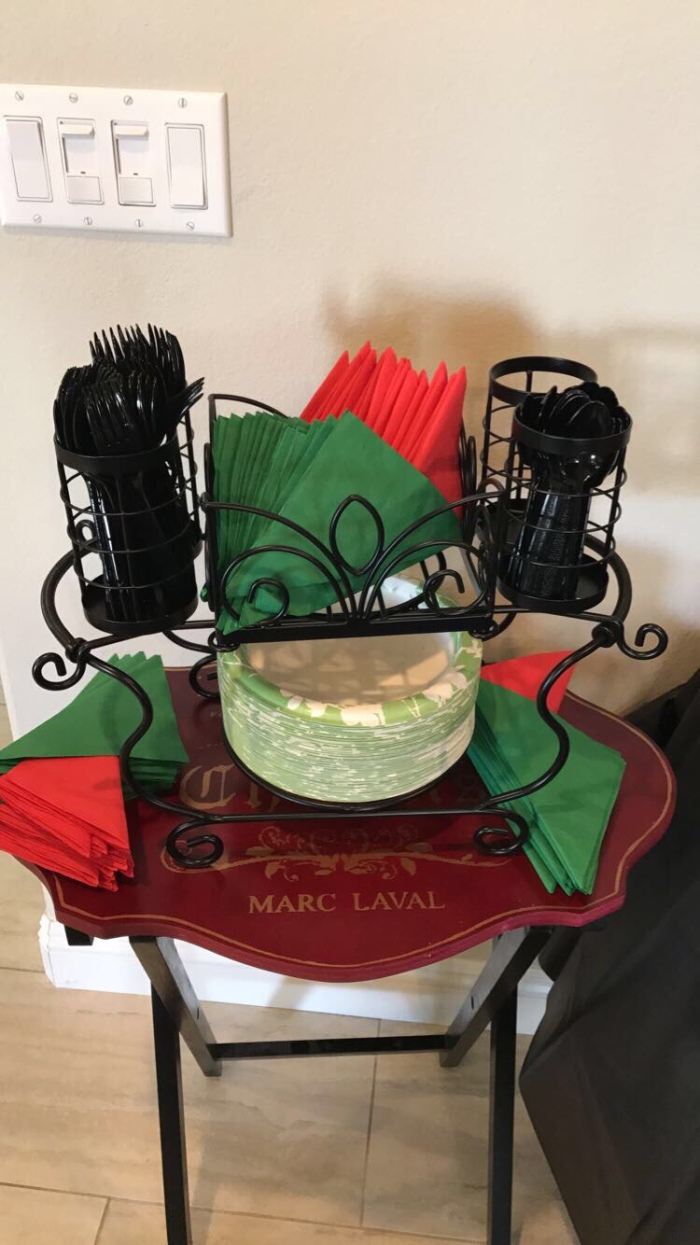 Now no first birthday is complete without an age banner and high chair decor! We wanted to obviously keep with the theme of the party so lots of greens and red feathers were used!

Now that we had all the essentials for the party, the last thing to do was add in some finishing touches to the guest tables and surrounding decor. We knew we wanted to create a directional sign that the guests could see as soon as they stepped into the backyard and this was our end result:

We tried to keep the centerpieces simple but on theme.

We also included silhouettes of Tinkerbell and Peter Pan to continue with that Neverland feel. 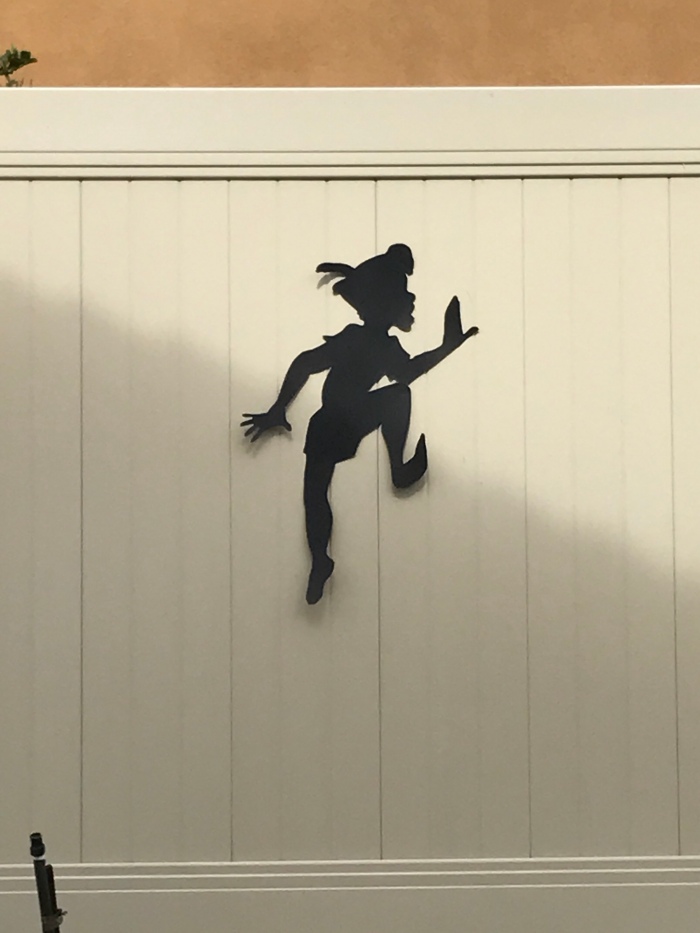 Finally, because we had a little extra time, we created this boat photo prop out of cardboard! 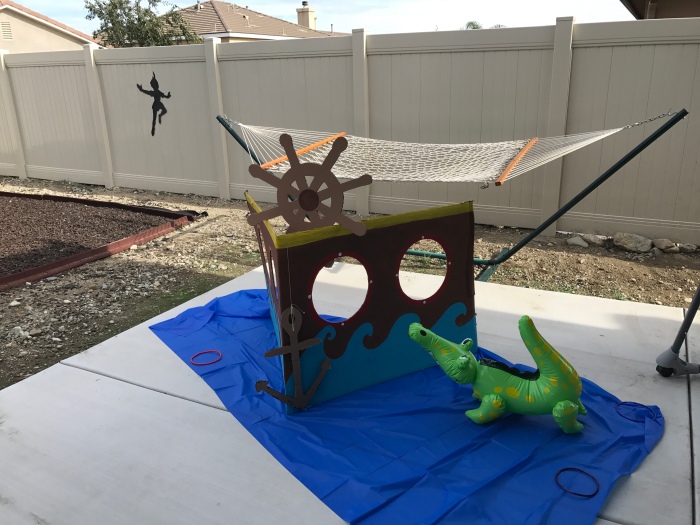 And that pretty much sums up our take on a Peter Pan party! Thanks so much for reading! 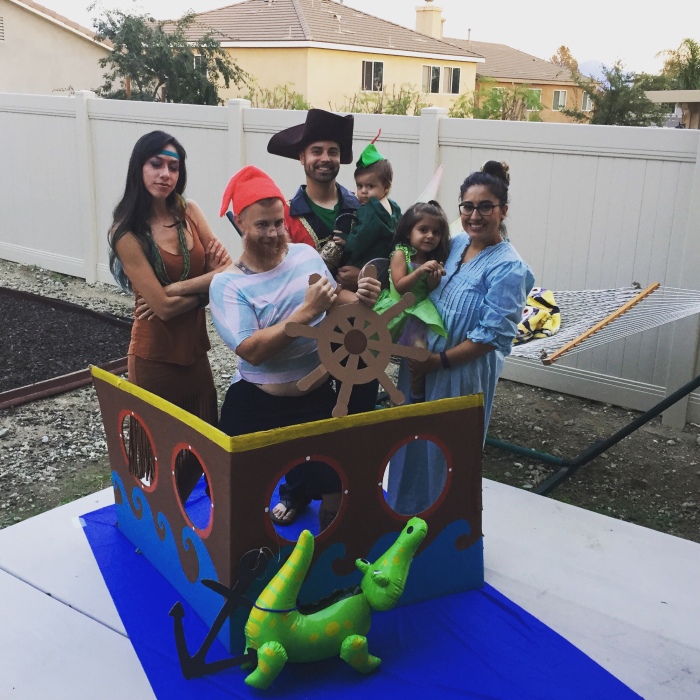 Ironically this was not a costume party!!! 😂

View all posts by partiesbypeggyandtrisha